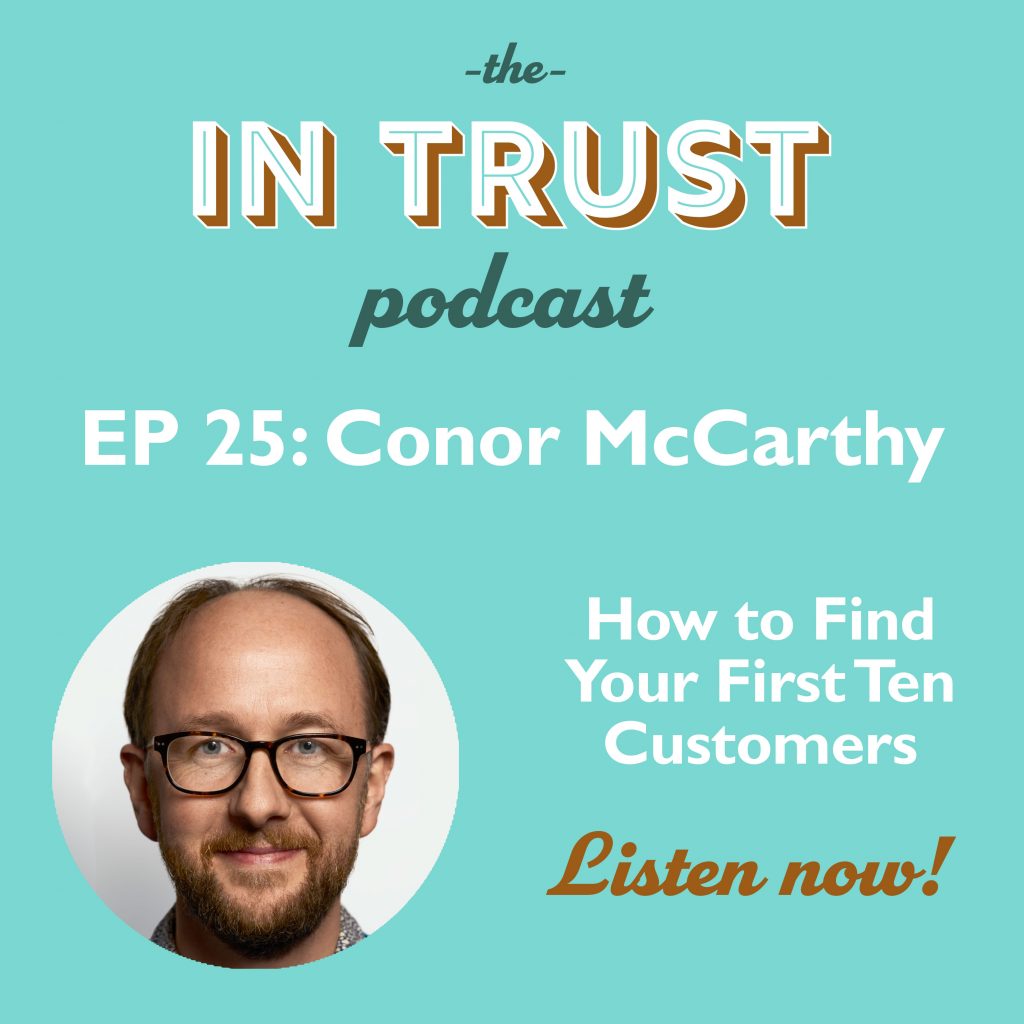 How do you build trust when you’re inexperienced and unknown? How do you find your first ten customers in any new venture?

We brought these questions to the business coach and consultant who runs the podcast on finding your first ten customers, Conor McCarthy.

Conor is a software engineer turned festival organizer turned business consultant and coach and podcaster. In this episode Conor shares how he made the leap from software engineer to organizing the Street Performance World Championship—the largest free family festival in Ireland—and how he thought about trust, focus, and decision-making along the way. Conor also shares some practical ways for people to build trust, especially when they don’t have a track record or much credibility in the direction they’re seeking to go, so they can find their first ten customers.

Whether you’re an entrepreneur, community-builder, or someone looking to sell an idea, you won’t want to miss this conversation with Conor.

Overview of Episode 25: How to Find Your First Ten Customers with Conor McCarthy

“No matter what you’re interested in, if you go deep into it to the needle point, you find that in a weird way the world kind of opens up within that. There’s a world within the atom.” – Conor McCarthy

“That’s my one big thing. Have I got that done? Because if that’s done, then most other things will be fine I can deal with them later.” – Conor McCarthy

“The best thing of all is that people leave having learned something and changed in some crucial way.” – Conor McCarthy

“‘Trust yourself.’ Just that simple, almost cliché statement has cropped up a number of times in my life — specifically at moments when I needed to tell it to myself.” – Conor McCarthy

“It feels like a cliché, but sometimes things are cliché because they’re true.” – Conor McCarthy

“If you don’t know where to start, really sitting down somewhere quiet… just analyzing the idea of what it looks like to trust yourself. I think there’s huge value in that.” – Conor McCarthy

“Online, offline, whatever it is, building relationships and earning trust. I can’t overstate the importance of it.” – Conor McCarthy

“In everything we do, there’s the opportunity and possibility to have at least some trust in there.” – Conor McCarthy

“We thought, ‘what could we create that would blow them over in terms of ‘You can trust us’?’” – Conor McCarthy

“I’m a big fan of not pitching ideas, but learning more about a customer’s life and their worldview and then seeing where my idea would potentially fit in.” – Conor McCarthy

“The superpower that most people forget that they have starting out doing anything is that people want to help.” – Conor McCarthy