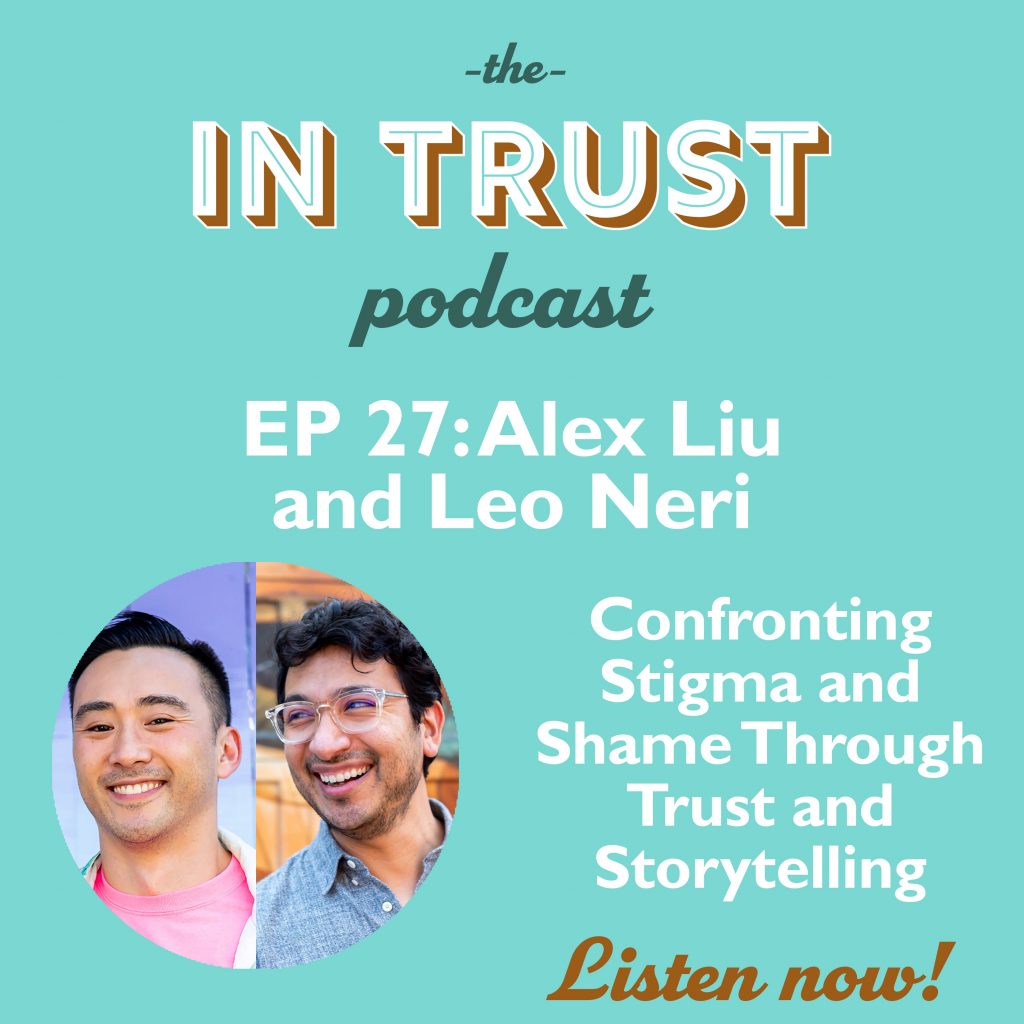 What does it take to complete a project that stretches on for years? What is it like to make a documentary about a stigmatized subject – especially when it’s personal to you?

We dive into these questions and many more with filmmakers Alex Liu and Leo Neri.

Alex and Leo are co-founders of Herra Productions, a video production studio in the San Francisco Bay Area. In their first feature documentary, A Sexplanation, which raised over $15,000 on Kickstarter and took 6 years to make, the duo tackles a call for comprehensive sex education for everyone and confronts sexual shame through the lens of Alex’s personal story.

In this conversation we discuss tackling stigmatized topics in public, shame, collaboration, empathy, storytelling, and much more.

For all the creators and pretty much anyone who has felt shame, this episode is for you.

Overview of Episode 27: Confronting Stigma and Shame Through Trust and Storytelling with Alex Liu and Leo Neri

“If it’s just a bunch of facts coming at you, it’s hard to internalize.” – Alex Liu

“I do not agree with anything you say but I have to believe on a deeper more human level there is something between us.” – Alex Liu

“Even though you have these sources that should evoke this idea of trust – media, politics, religion, even family structures – we imbue a lot of power and trust in these structures, but ultimately what is the agenda? And is that agenda something you can trust to make your own decision?” – Leo Neri

“Creating this level ground of communication, being open, builds trust and further advances the relationships that are possible that otherwise we’d be closed off to.” – Leo Neri

“Be crystal clear on the reason why you’re doing something, and that it fits with how you actually want to be in the world.”  – Alex Liu

“It can go on forever and you feel so overcome with joy and beauty if it’s a collaborative process where you open things up and create an atmosphere where people feel that they can say whatever crazy idea might pop into their head.” – Alex Liu

“You’re not always going to trust yourself day to day. There’s going to be those moments when you’re not going to be convinced that you’re making the right decision so that’s why it’s so important to surround yourself with a team so that they can pick up the slack when you start to doubt.” – Leo Neri

“People do their best work when they feel like there’s trust.” – Alex Liu