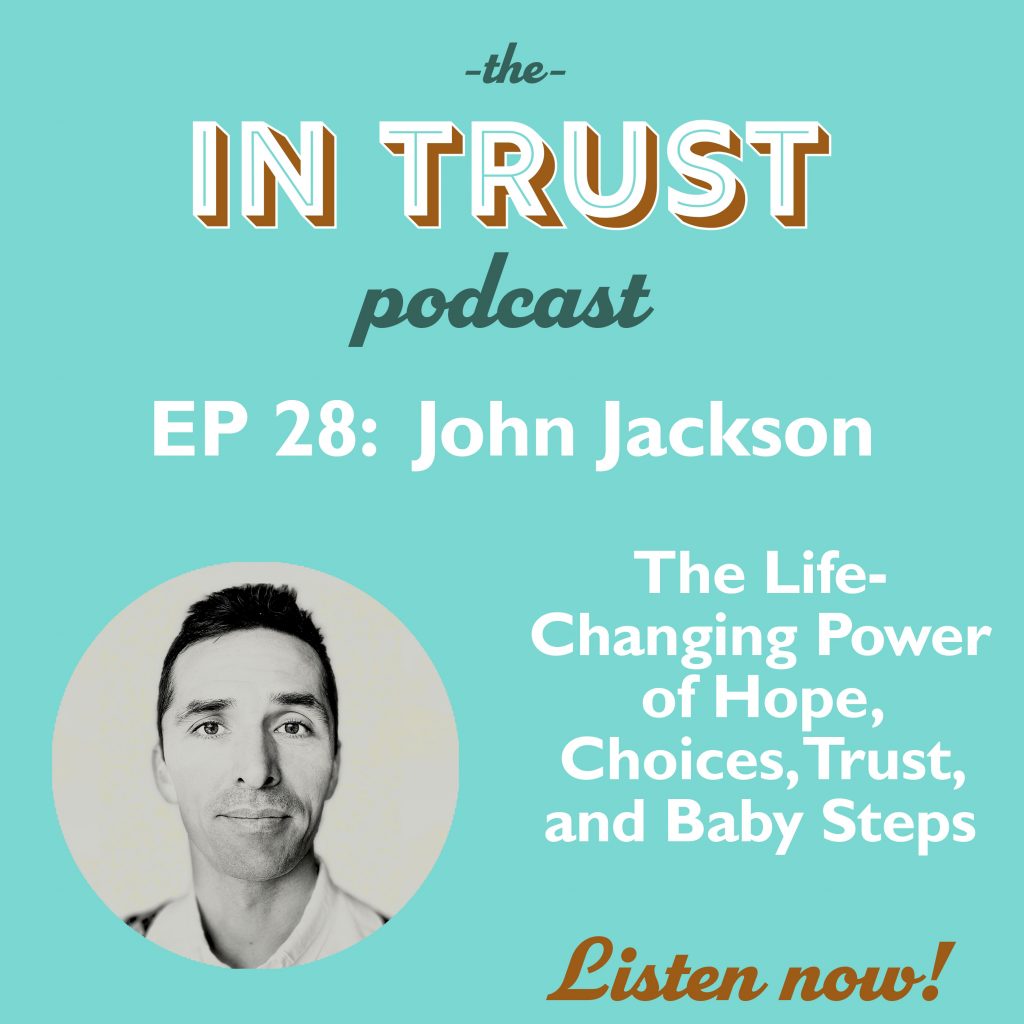 For John Jackson and the incarcerated people who he works with, these things are transformational.

John transformed his life after serving 18 years in The California Department of Corrections and Rehabilitation. He’s now a curriculum developer and the Director of Correctional Partnerships at Hustle 2.0, where he partners with correctional leaders, law enforcement, and nonprofits to provide quality educational programming and meaningful rehabilitation to the incarcerated population. He’s co-authored 9 books and more than 4,500 pages of groundbreaking curriculum that equip incarcerated people with the tools to transform their lives, find healing, and reduce recidivism.

We had the pleasure of connecting with John to learn more about the role trust played in his transformational story, about the remarkable work he does to maximize the potential of people who are incarcerated, and practical lessons we can all apply to our own lives so that we can take the baby steps that lead to big change.

If you’ve ever looked back on your life and wished you’d made a different choice or if you’ve ever felt hesitant or fearful about making a potentially life-changing choice, this episode is for you.

Overview of Episode 28: The Life-Changing Power of Hope, Choices, Trust, and Baby Steps with John Jackson

“My mentor, one of her sayings is that hope is a cure for violence. I love that because I didn’t have hope, and many people who are incarcerated don’t have hope. And when you don’t have hope, you can just lean into the wrong things.” – John Jackson

“When you don’t have a vision, other people will define it for you, quickly.” – John Jackson

“You have control over your choices. You may not have had the best cards dealt to you, but what you do from this point forward will make a difference.” – John Jackson

“The people who are in prison are human beings. They have a story and they didn’t just wake up in prison one day.” – John Jackson

“That’s the definition of a Maverick: it’s somebody who challenges the status quo.” – John Jackson

“[Other people believing in me and wanting to see me succeed] gave me the space to be creative, to learn to be me, and to use my skills in a positive way.” – John Jackson

“When it comes to making decisions, a lot of people tell themselves, ‘the world is going to end’ or ‘I am literally going to die if this happens’. You’re basically choosing your own imprisonment when you say this to yourself. You are choosing to imprison yourself in a job, in a relationship, whatever it is. If you quit your job tomorrow, chances are you’re not literally going to die. Start evaluating what you view as consequences. The people who are in our program, the choices they are making have dire consequences. Not to say that your fears and your consequences won’t be real, but you’re probably not going to literally die. The world is not going to literally end tomorrow if you choose to make a positive change or take one courageous step in your life.” – John Jackson