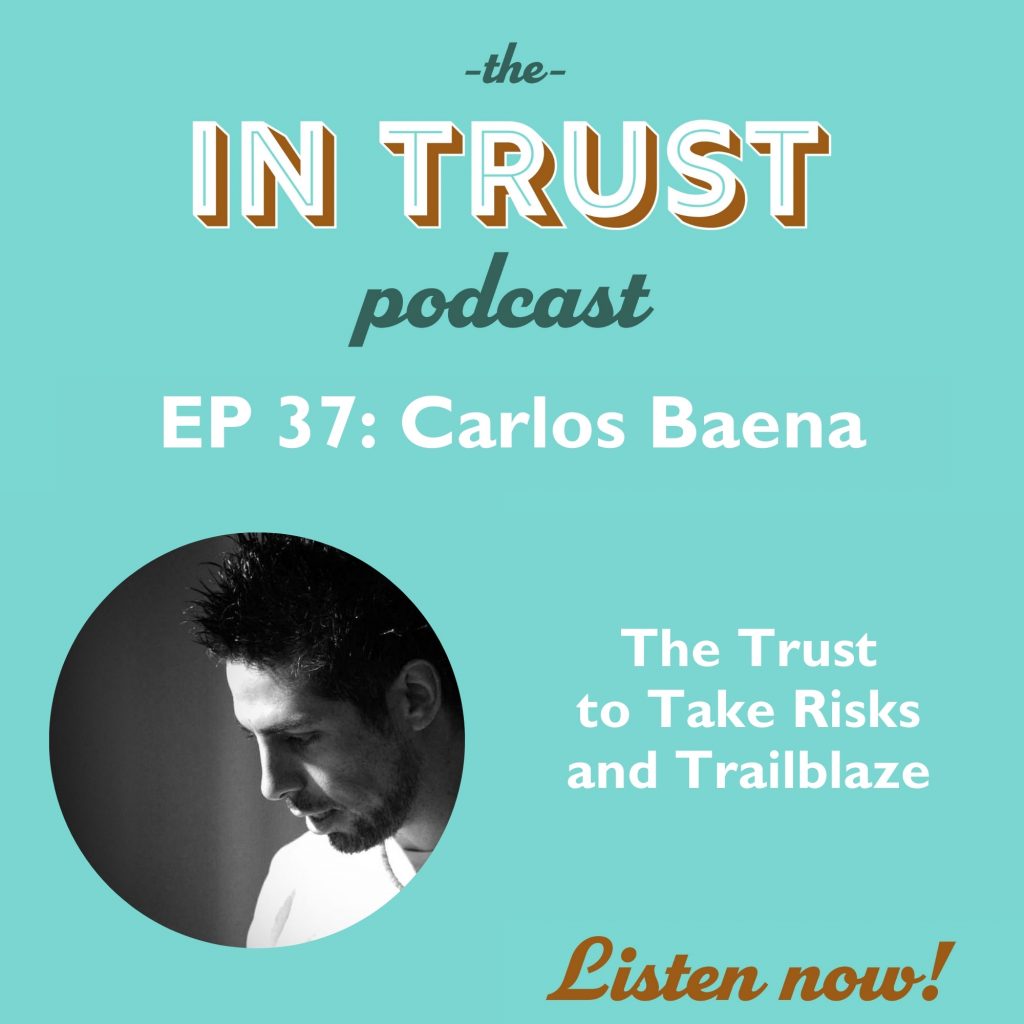 These questions were at the core of our recent conversation with Carlos Baena, an award-winning animator, director, and entrepreneur. Currently directing Paramount Pictures’ forthcoming animated feature film The Tiger’s Apprentice (slated for release in 2023), Carlos is someone with a track record of taking risks and trailblazing.

In the early 2000s when technology for remote learning and collaboration were just in their infancy, Carlos co-founded the original online animation school AnimationMentor. He later left an established career at Pixar (where he worked on many animated pictures that might have captured your imagination like Finding Nemo, The Incredibles, Ratatouille, WALL-E, and Toy Story 3 just to name a few) to take a big risk and produce the Oscar-qualifying animated short La Noria, an innovative endeavor that pushed the edges of genre, technology, and remote collaboration, racked up over 100 awards and was selected for over 150 film festivals worldwide, and led Carlos to co-found Artella, a platform for online collaborative filmmaking.

In our conversation, Carlos shares how he thinks about risk-taking and why he has frequently chosen to pursue the road less traveled, how trust has been integral to creating the conditions for successful collaboration in the face of uncertainty, and the role trust plays in facilitating remote work.

If you’re thinking about risk in terms of your own decision-making or with respect to leading creative and innovative endeavor’s remotely, be sure to listen to this episode of the In Trust podcast!

Overview of Episode 37: The Trust to Take Risks and Trailblaze with Carlos Baena

“Let’s just do it the way we think it will be the most fun to learn.”  – Carlos Baena

“It starts from a question and a goal like, ‘Hey, wouldn’t it be great to do this?’” – Carlos Baena

“The returns of this film La Noria were not financial and they were never intended to be. All the money that was put into this film was in hopes of emotional returns, like the personal satisfaction of doing something we would always look to see.” – Carlos Baena

“So I remember very specifically watching TV at home. I was by myself and then I saw a trailer for a horror film. I forgot which one it was, but I do remember very clearly thinking after that trailer finished, ‘Why don’t we get to do that in animation? What is stopping us? Why do they get to have that fun and we don’t?’ And I was finding myself complaining about that in the following weeks. And then I quickly realized that I was part of the problem. I was becoming another complainer and it’s very easy to complain and it’s very easy to point out what’s not working. It’s really hard to do something about it. So in this case, I was like, ‘Well, Carlos, you have all these ideas. You know you’re big in complaining about it. Why don’t you do something about it?’” – Carlos Baena

“Every time there are lots of unknowns, that’s exciting to me.” – Carlos Baena

“It really was out of necessity to do an online production because we didn’t have a studio where we could make the film. We were very interested when the pandemic happened and so many people had to switch to Zoom. It was so great to see people embracing online in a similar way that for us, we saw the potential of it years in advance.” – Carlos Baena

“The fact that this pandemic happened and being able to work from home has allowed me to actually spend so much extra time with our baby.” – Carlos Baena

“Trust is such a complex word.” – Carlos Baena

“When we were thinking about teaching animation, it always came from a place of not that we know everything there is to know about animation, because that’s never the idea, but what we do know, we’ll share it. There’s nothing worse than thinking, “But I know these things, so I’m going to keep them from you.’ There’s such competitiveness in this industry and that can be very dangerous. I always feel like it’s the other way around. If you share what you know, the people that you’re sharing with now know and they might help you in the future. If you find yourself in a hole somewhere, the people that you lend a hand to early on, they might lend you a hand when you need it.” – Carlos Baena

“Sometimes you have certain expectations and you want to get to those expectations very fast. With that, sometimes you forget that there is an evolution and a learning process for people to get to where you are at.” – Carlos Baena

“For me, when it comes to trust, it’s been a learning process of, ‘you know what, let’s be hands-off on this,’ especially when I’ve been doing things independently.” – Carlos Baena

“That’s part of trust: it’s getting to a place where you don’t even think about whether it will work out or not. You know it will work out. And in any areas where you need to figure things out, you’ll figure them out together.” – Carlos Baena

“If I listened to my heart, I would make a lot of stupid decisions. If I listened to my head, I would have been so conservative and played it so safe I would have done nothing. I feel like my instinct is the one that listens to both and somehow mediates between these two forces, pulling from being smart and being careful to just doing something that my passion and my heart tell me to jump and do it.” – Carlos Baena

“I think for remote collaborations, it’s a lot different than when you see people at the studio every day. You just don’t know if they are doing work or are they not? That part is a giant trust piece.” – Carlos Baena

“With trust in remote collaborations, there’s some education towards that trust and learning how you can gain that trust without making people feel like you’re micromanaging them or checking what are they doing at their home every five minutes?” – Carlos Baena

“I feel very fortunate to have a boss that really trusts what we are trying to do on this film. We never take that for granted. With that trust, we are able to throw in a lot of different ideas, ‘Hey, we could do it like this, or we could do it like this’, and some of them are risks. So to have a boss that understands that it could be a risk and still supports us, that separates the company from 95% of all other companies.” – Carlos Baena