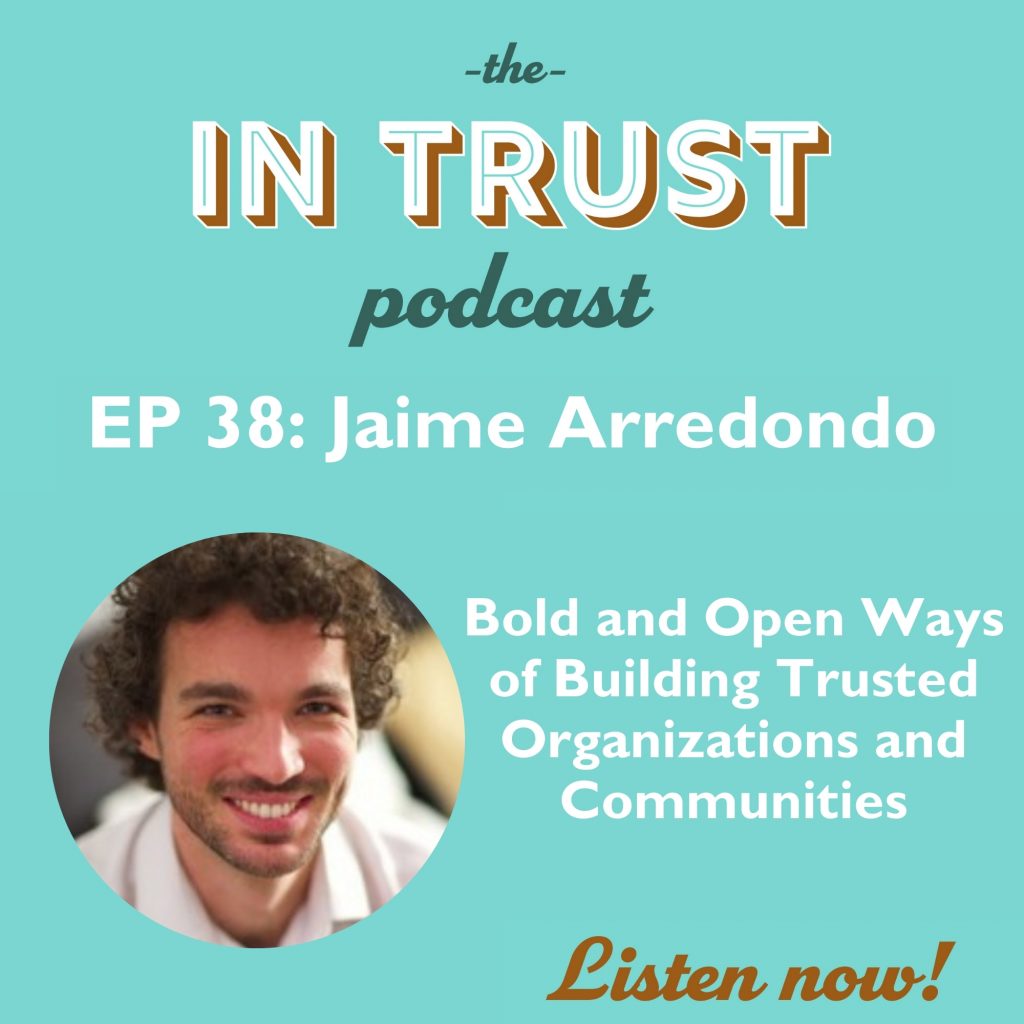 What are assets that you have within your organization that external communities would be interested in having access to and even contributing in a way that adds value? What would it look like to take the bold step to open these assets up to the outside world?

These are questions Jaime Arredondo explores with public and private organizations of all sizes to multiply the impacts of their efforts and investments by creating innovation communities and open source business models. An international writer, coach, and entrepreneur, Jaime also publishes a newsletter where he shares practical insights to help leaders build bold, open, and community-driven organizations.

We had the opportunity to connect with Jaime to chat about the possibilities bold and open projects and business models provide to build trust at scale, create exponential potential, develop leaders, and even bring renewed value to assets that may be collecting dust within the walls of your organization.

From Patagonia opening up its supply chain, to Wikipedia, to new ways of thinking about patents, and more, Jaime shared broad ways to think about open source that go far beyond tech and software.

If you’re curious about fresh ways to think about community, collaboration, and scaling trust, you’ll definitely want to listen to this episode of the In Trust podcast.

Overview of Episode 38: Bold and Open Ways of Building Trusted Organizations and Communities with Jaime Arredondo

“This is about being bold to be open. It’s very scary to put your work outside in the open in the world that we have, where we’re incentivized to have patents to protect our ideas, to keep them locked and well protected. The key for myself and for the others if we want to do this is that we’re going to have to be very bold and very open, because otherwise the reciprocity will not kick in. And if we’re not bold, other people will not join us.” – Jaime Arredondo

“One of the things I realized is that by giving to people, by contributing in communities, and by being this kind of linchpin that Seth Godin describes, things started to happen that I wouldn’t have imagined.” – Jaime Arredondo

“Everybody in these open communities are giving away their stuff, so I’m going to try to be valuable and to give service to their communities and participate. At the beginning, nothing happened. I was just giving my time away and contributing to people. But one of the interesting things that happened was that people were starting to look up to me, to trust in me, to call me for other opportunities.” – Jaime Arredondo

“If you want to invest in community or in open source, this is an investment that takes a long time, but once you have it, it’s exponential.” – Jaime Arredondo

“One of the things I’ve seen work in this community is that to build trust between others and yourself, one of the signals that you have to send is to be open to feedback and to act on it, or at least recognize the feedback, even if you don’t act on it. This shows people that this is a two way conversation. It’s not just you telling people stuff. It’s building a relationship with others so that they can feel seen and respected, and that they’re part of the project as well.” – Jaime Arredondo

“Instead of having a polished brand, open communities also have unpolished things that come with  them, so it’s about being open to let others take care of your community and recognizing this is not about you anymore. It’s about how you’re doing things together rather than on your own and leading this. It’s also about creating leaders in your organization. How can you scale by finding the people who are really into this thing, doing good work, and helping you lead others to do this?” – Jaime Arredondo