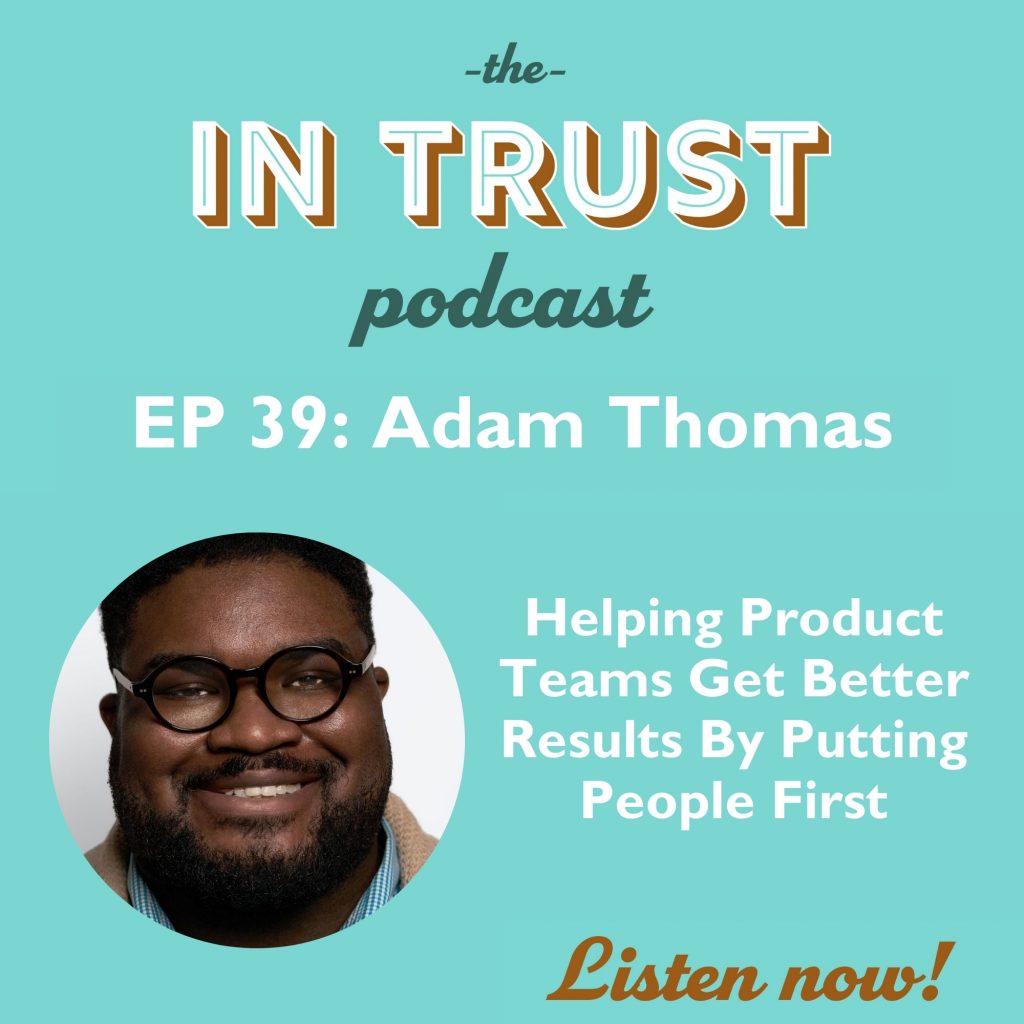 How does the level of trust after a decision is made impact product teams (and other teams in your organization too)? How much waste might be happening in your organization because of cognitive biases and what are practical ways to avoid falling into the traps of these biases when it comes to decision making?

We explored these questions and many more with Adam Thomas, a product person and technologist based in Harlem, NY who is focused on strategy, team organization, and product management. Adam is currently the Lead Product Manager over at SmartRecruiters, a columnist at BuiltIn, and also shares weekly product management tips and other fun resources in his newsletter.

Adam believes that product management isn’t just about getting done what’s on the roadmap; it’s fundamentally about people. So he looks at things in a way that leverages behavioral science, psychology, philosophy, and more to build extraordinary teams that thoughtfully bake culture into what they are developing.

In this episode of the In Trust podcast, we talk to Adam about how he helps product teams get better results by putting people first. His practical perspectives and astute observations apply far beyond product management. Whether you’re a product person or a leader in a different domain, you’ll want to give this podcast a listen and take notes.

“I’d like to get completely away from that, let’s just call it determined roadmap. That preordained idea that we have some understanding as to what the future looks like, and instead move towards a place where we heighten our communication and we heighten our understanding of, not just the infrastructure of the company or sales requests, but also the people inside of that company, in order to live in that ambiguity – live in the space of just the unknown that exists inside of building things and making things. Be honest with ourselves around the concept of what I like to call product calculus, the fact that we’re never reaching something. It’s never a determined place that we’re reaching. We’re always approaching something.” – Adam Thomas

“I’ve seen companies create these huge plans, the leadership team is aligned, they have a big party, everybody goes, ‘This is awesome. We’re gonna really kill it over the next year.’ And then afterwards, six months or a year later, all the competitive advantages they had are gone and they have a product that no one uses no one cares about. A lot of that falls squarely on the product team because they didn’t have the trust inside of the organization post these decisions in order for other folks to trust them enough to carry them out.  So I think decision trust is a huge, huge, huge piece of what product folks do.” – Adam Thomas

“There has to be a trust in failure, because I have never seen someone make something right the first time. No matter how much information I’ve sent back and gathered, I’ve never done it right. I could sit back for a year and gather information and talk to customers and do this and do that and I’ve never been right just saying, ‘this is what we’ve made. Ta-dah!’ So there has to be a level of comfort in the failure of what you do because the failure is coming. How folks trust your ability to deal with that and then to take that as a learning lesson, as opposed to playing the shame and blame game, really affects your ability to build stuff. Not just once, but consistently throughout your tenure as a product person.” – Adam Thomas

“As a leader, you should constantly be studying the culture that you’re in.” – Adam Thomas

“One thing to change the world: sometimes it’s just one little push and you can change your entire organization.” – Adam Thomas

“If I were to sit back and look at your operating expenses as a business, and I would suggest shadow your teams for three to six months, I could probably put a percentage on how much waste is happening based on bias. My bet for a lot of companies is that waste is upwards of 20 to 30%…With cognitive bias, since it’s so subtle, it’s such a silent killer of teams, processes, and development. It’s something that goes underneath the radar.” – Adam Thomas

“If you are communicating clearly, and you are being thoughtful, and I can tell that you’re showing your work, the chances of you getting in trouble are practically nil. You would have to do something extremely diabolical and in bad faith. I think most places work that way, especially once you understand what is the level of work that you need to show and who you need to communicate with.” – Adam Thomas