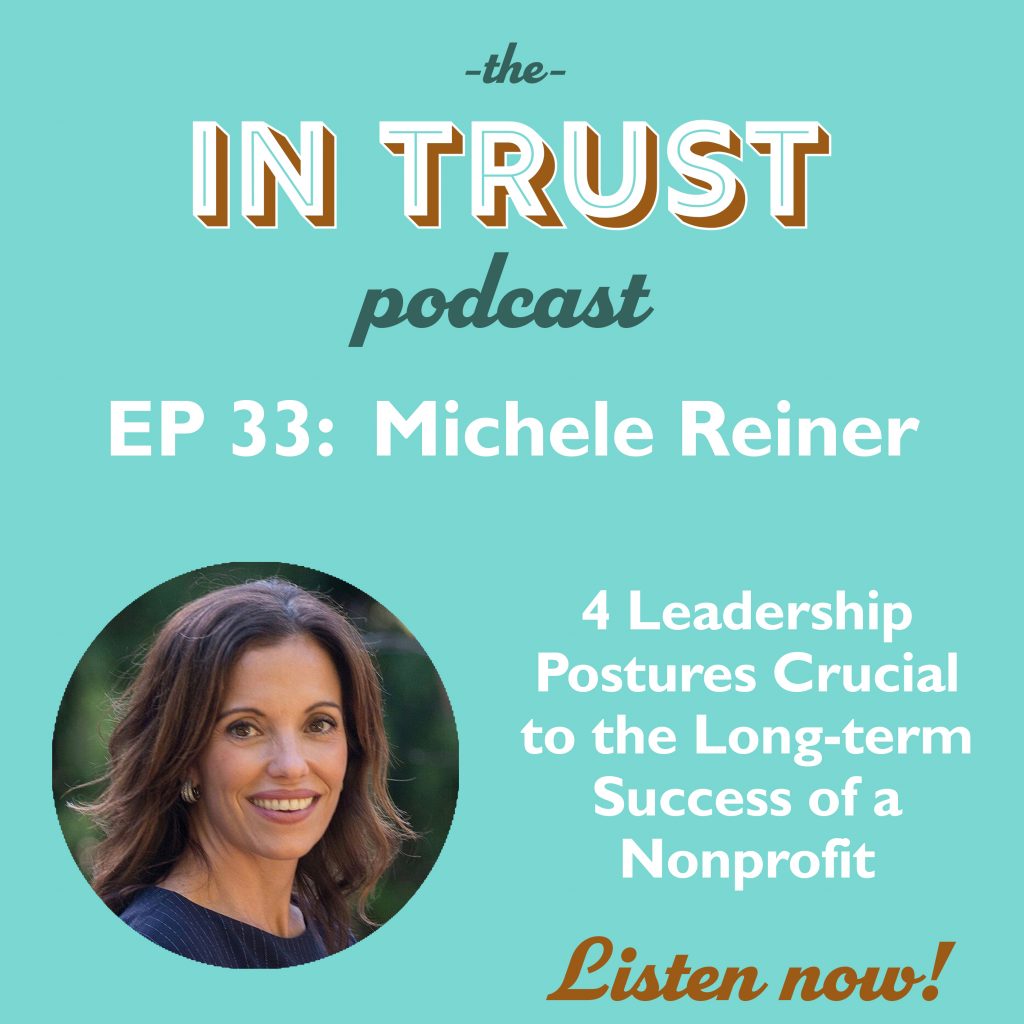 How can stories support actionable change in the nonprofit sector? Why is the relationship between a nonprofit executive director and their board chair so crucial to long-term success and stability and what are practical ways to strengthen this relationship?

These are questions at the heart of the work of Michele Reiner, a nonprofit professional with 25 years of experience in the industry and the founder of Storied Awareness. Through Storied Awareness, Michele creates spaces for nonprofit leaders to be seen, heard, and understood so they can more effectively serve their constituents and communities.

We had the pleasure of recently connecting with Michele to talk about some of the challenges facing nonprofit leaders today and practical ways they can overcome these through the power of trust, connection, and understanding. Michele also shared four leadership postures crucial to the long-term success and stability of a nonprofit which she derived based on insights from over 40 former nonprofit executive directors.

Overview of Episode 33: 4 Leadership Postures Crucial to the Long-term Success of a Nonprofit with Michele Reiner

“What I’ve found is that that relationship between the board chair and the executive director is one of the key tipping points in the system in determining the success and the sustainability of that leadership role.” – Michele Reiner

“If the board chair is effective in their role, is really building that trust, and is leading with the postures that we can talk about later that I think are important, then there’s the ability that these two groups, the board, and the organization can run in lockstep. If they’re not, if they don’t have that trust in that relationship, then it’s like they’re constantly grading against each other and trying to either catch up or pull back or understand the other. So they can waste a lot of time if that relationship is not strong.” – Michele Reiner

“There are postures, leadership postures is what I call them, that I think if you can lead with them in the forefront, then that relationship [between nonprofit executive director and board chair] can be strong, and then everything else can be strong. You can go read a book about best practices and governance, but I think practicing these postures is the harder part. And so the four postures that I think the board chair and the executive director need to keep practicing are generosity, candor, protection, and support. If I can get nonprofit leaders and their board chairs to live in and practice those four postures with each other, then the rest of it will fall into place.” – Michele Reiner

“Sometimes, you get into the role and forget to keep reflecting and learning. You forget how much you have left to learn.” – Michele Reiner

“Sometimes it’s easier to see if trust is not there.” – Michele Reiner

“If the trust isn’t there, in that relationship, then the board who has to make decisions will be second guessed by the staff and the executive director. If they have to make a change, or make a judgment call on something, or step in to understand the financial statement in more detail, the executive director will get nervous and scared and think they’re going to get fired, and all the bad stuff will come up. If the board doesn’t trust the executive director, then any bump or any challenge will either not get talked about or will become a big, big mountain rather than, ‘Okay, that happened and this is how we’re going to deal with it,’ type of situation.” – Michele Reiner

“Without trust, the small things that shouldn’t be meaningful become meaningful, and in a negative way and create drama that really doesn’t need to exist.” – Michele Reiner

“If there’s no trust, it changes the charge and the emotions attached to whatever’s happening.” – Michele Reiner

“That’s really the most important thing: trusting in yourself. That’s the critical piece. Because if you don’t have that, it’s hard to accept the trust of other people in many ways.” – Michele Reiner